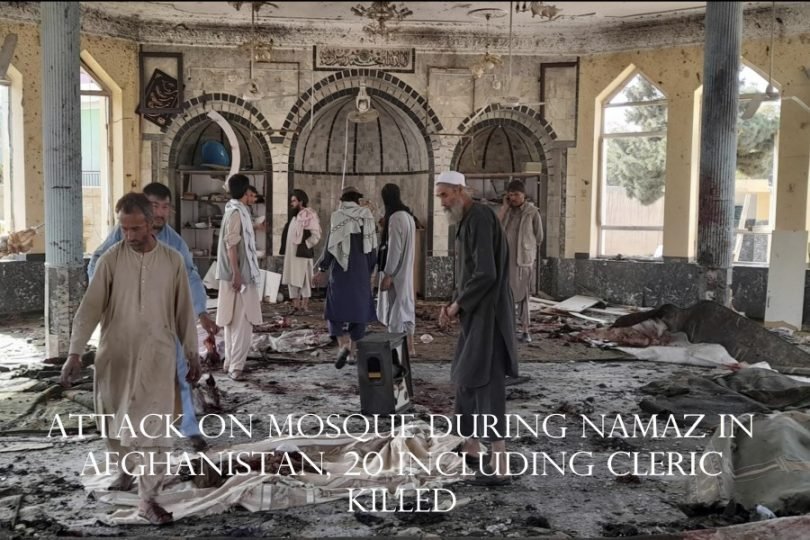 There were two attacks on a mosque of Sunni Muslims in the Herat province of Afghanistan. In this, 20 people including the famous Maulvi Mujib-ul Rehman Ansari of Afghanistan were killed. It is believed that this attack has been carried out by IS terrorists. The attack was carried out to target the Taliban-backed Maulana.

Two attacks took place during Friday prayers at a Sunni Muslim mosque in Herat province. 20 people were killed in this blast, including Maulana Mujib-ul-Rehman Ansari, a supporter of the Taliban. 200 people were injured in the attack. There was a huge crowd in the mosque at the time of the attack. The attack took place when a large number of people had arrived to offer Friday prayers. It is significant that the attack on Gujargah mosque was carried out by IS terrorists. No terrorist organization has claimed responsibility for the attack, but all previous attacks in the area were carried out by IS militants. Also this attack was targeted at Maulana. Maulana was known as a staunch opponent of foreign rule in Afghanistan and a supporter of the Taliban. Mujib-ur Rehman Ansari was considered among the famous religious leaders of Afghanistan. This Maulana was famous throughout Afghanistan.

Taliban spokesman Zubihullah Mujahid informed about the attack and also accepted Maulana’s death. The condition of 21 people injured in the attack is said to be very serious. The governor of Herat province said that the preliminary investigation revealed that it was a suicide attack.