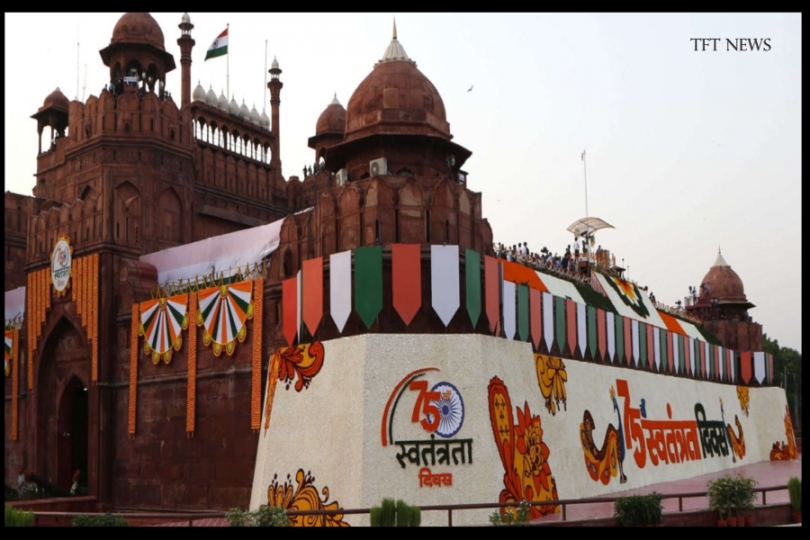 Prime Minister Narendra Modi: In the first country, there were not achhe khiladi, not so many. But the election was based on familyism. Now it has been closed. India’s flag is waving all over the world. 130 crore Team India will move forward together. Everyone’s dreams will come true.

PM Narendra Modi: You want to fight this nepotism and corruption for your development.

Prime Minister Narendra Modi: Family politics is for the benefit of the family. not for the country To save the institutions of the country and the nation, nepotism has to be destroyed.

Prime Minister Narendra Modi: When I talk about familyism, people think that I am talking about politics. But not only that. Politics casts a dark shadow over many institutions in India. For this, the experience of the country is being lost. This nepotism should be displayed in all institutions. It is essential for bright future.

Prime Minister Narendra Modi: Corruption A patrimonial country like India is struggling with poverty. On the one hand, people are not getting a place to stay. On the other hand, there are people who do not have a place to store their stolen goods. Some ran away after robbing the bank. We are trying our best to return their property. No one can escape if there is corruption. Corruption is killing the country. I will fight against it. Please help me. I can deal with it with your help. Some become so shameless that they are named even if they are found guilty. Corruptors should be socially boycotted.

Prime Minister Narendra Modi: India’s income sector is slowly opening up. A new area has been created for the youth. We are also giving importance to the private sector. Job opportunities will also be available. India is rapidly developing as a manufacturing hub.

PM Narendra Modi: ‘Atmanirbhar Bharat’ is not a government project. This is a mass movement of the every society. After 75 years of independence, the ‘Made in India’ cannon at the Red Fort saluted the national flag.

Prime Minister Narendra Modi: For some reason, we are corrupt. We insult women. But we have to resolve not to insult women. The country will progress only when the value of women increases.

PM Narendra Modi: The next 25 years are very important for us. In 2047, the centenary of independence, the dreams of the sacrifices are to be fulfilled. We have to take ‘Panchapan’. First bet, developed India. Second stake, freedom from slavery. Third, pride in heritage. Page Four, Vitality and Unity. The fifth step is to fulfill civic duties.

Prime Minister Narendra Modi: We started with the mantra ‘Sabka Saath, Sabka Vikas’. The believers have given it more color through ‘all faith and all effort’.

Prime Minister Narendra Modi: We have endured the joys and sorrows of these 75 years together. The people of the country have given me the responsibility. I am trying to empower everyone in the country. Trying to fulfill the dream of Mahatma Gandhi.

PM Narendra Modi: We are grateful to all those who sacrificed. Now is the time to fulfill the dream of self-sacrifice. Independence was achieved through many struggles. India is the mother of democracy. From Mahatma Gandhi to Netaji, Savarkar, Kavi Guru Rabindranath Tagore, Vivekananda, we are grateful to everyone.