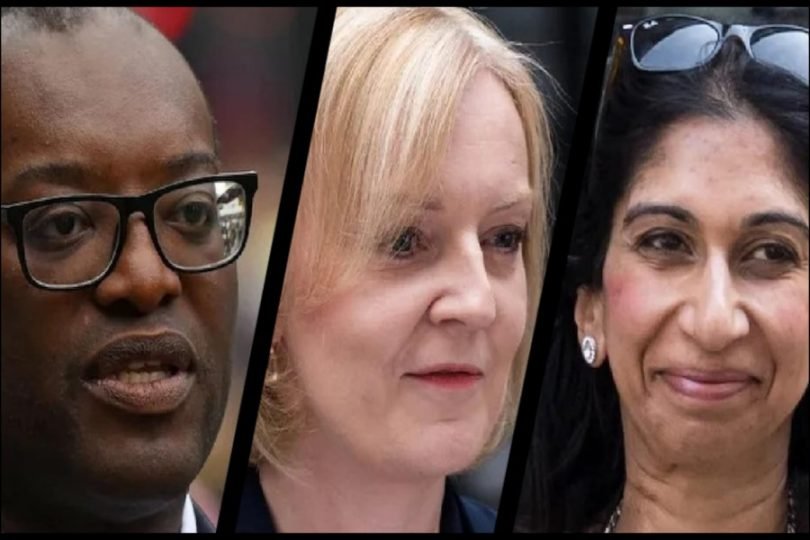 Britain: There has been a change of power in Britain. Liz Truss has taken the reins of power as the new Prime Minister (PM). As soon as Liz took power, she announced her cabinet. This is the first time in the history of Britain that a person of non-British origin has been appointed to the post of Prime Minister of the country. Three of the top four positions in the new cabinet are held by non-British people. Only one person of Indian origin has been appointed to the Truss Cabinet, Suella Braverman. Rishi Sunak has also not been given a place in the cabinet.

No changes have been made to Ben Wallace’s ministry. He has been retained as Defense Minister. Wallace was also Defense Secretary in Boris Johnson’s government. The Trust has entrusted Kwasi Kwarteng with the Finance Ministry. Casey is Britain’s first black Chancellor of the Exchequer. His folks moved to Britain from Ghana during the 1960s. Similarly, James Cleverley is appointed Foreign Secretary. He is also Britain’s first black foreign minister. James Cleverly’s mother is originally from the African country of Sierra Leone while his father is white. Cleverly has publicly admitted on several occasions that he suffered psychological torture for being black.

Suella Braverman is the only minister of Indian origin in the UK Cabinet. His folks moved to Britain sixty years prior. He has replaced Priti Patel as Home Minister in the Cabinet. There had been speculation from the start that if Liz Truss won the election, she would replace Patel with Braverman as Home Secretary. This led to Priti Patel resigning from her post just hours after winning the Trus elections. Braverman is said to have been given a cabinet berth because of his open support for Truss in the election.

In 2002, a black man became the first cabinet minister in Britain
Until a few decades ago, most of the top positions in the UK government were held by white men. In 2002 Paul Boateng became Britain’s first minority minister. However, there have only been a handful of black cabinet ministers in UK governments. Sundar Katwala, director of think tank British Future, says that the direction of politics has changed. Now this racial diversity has become the new normal.