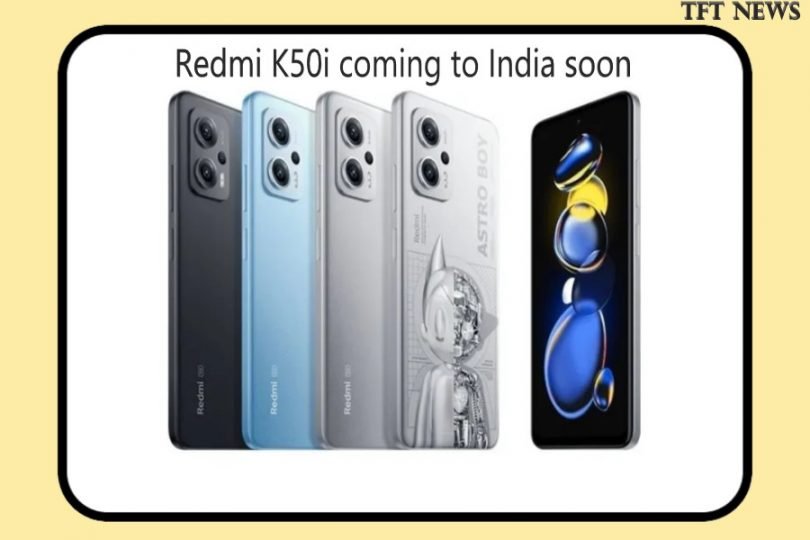 Redmi is soon bringing a new K-series smartphone to India, called the Redmi K50i. Recently its launch date has been revealed. Now again the results of the 5G connectivity tests of the phone have been revealed. The test was conducted in collaboration with Jio. Redmi India and Reliance Jio detailed this yesterday. They claim that this flagship device performed well during 5G network tests. And, these networking testings mean that the Redmi K50i smartphone will be launched in the country soon.

Reliance Jio and Redmi India jointly conducted a networking test for the upcoming Redmi K50i smartphone. This test tried to understand what kind of performance and capacity the smartphone would offer under extreme conditions. Basically, the company is conducting these tests so that every Redmi K50i smartphone user can enjoy a smooth backend experience for a long time. Incidentally, we have also come to know about the results of the examination. Obviously, both upload and download speeds were very high. The smartphone has been termed as a ‘performance driven’ device during the 4K (4K) streaming test and has garnered a lot of praise. Even, the phone performed well when tested in any kind of extreme conditions. That is, it will not be wrong to say that this trial done hand in hand with Reliance Jio has given overall positive results.

However, while conducting the tests it was also found that the upcoming Redmi K50i phone is working smoothly on the 5G network provided by Reliance Jio. Due to which it seems that the phone in question will open the way for Indian customers to use fast and smooth ‘next generation’ networking services.

Xiaomi India’s statement on the matter, “Redmi K50i’s successful 5G network trial, is a positive aspect of India’s digital revolution.” Not only that, it will bring the aspiration of enjoying state-of-the-art network services for the subcontinents closer to reality through the 5th broadband cellular technology.