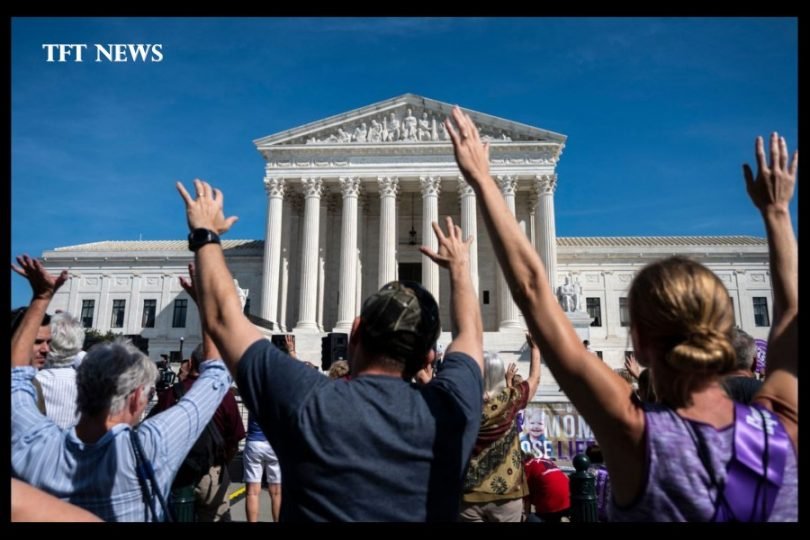 The U.S. Supreme Court on Monday issued another landmark decision expanding religious rights, upholding a former Christian public high school football coach in Washington state for refusing to pray with players on the field after a game. The work is done after the case is adjourned.

The court, especially its conservative arm, has taken a broader view of religious liberty in a number of cases in recent years. Here’s a look at some of the cases involving the religious right during his current term, which began in October.

In ruling the case Monday, the court ruled 6-3 in favor of Joseph Kennedy, who served as a part-time assistant football coach in the city of Bremerton until 2015. The justices rejected the local school district’s concern that Kennedy’s prayer and Christian-inspired speeches at a public school could be seen as coercion of students or a particular religion Violates the so-called Establishment Clause of the 1st Amendment. Can be seen as government support. The justices reversed the lower court’s decision with the school district.

In a 6-3 ruling on June 21, the court upheld more public funding of religious institutions as it sided with two Christian families who challenged a mining education assistance program that excluded private religious schools. The justices overturned a lower court ruling that dismissed the families’ claims of religious discrimination in violation of the US Constitution, which includes First Amendment protections for the free exercise of religion. Maine’s program provides public funding for private high school tuition of a family’s choice in sparsely populated areas lacking public secondary schools. Maine requires eligible schools to be “non-sectarian,” excluding those that promote a particular religion and offer content “through the lens of that faith.”

The court ruled 9-0 on May 2 that Boston City Hall’s refusal to fly a flag depicting a cross violated a Christian group’s liberty rights, which allow private groups to use the flag. Down in the plaza, jurors ruled that the city violated the Christian group’s camp constitution and its director Harold Shurtleff’s First Amendment free speech rights. Boston argued that raising the cross flag as requested by Camp Constitution as part of a flag-planting program aimed at promoting diversity and tolerance in the city would appear to violate the Second Section of the First Amendment. which precludes government support of a particular religion. The justices overturned the lower court’s decision in Boston’s favor.

The court ruled 8-1 on March 24 that Texas should request that its Christian pastor on death row lay hands on a convicted murderer and hear his prayer during his execution, condemning the violation of the convicts’ religious rights. The justices overturned a lower court ruling against John Henry Ramirez, who appealed the state’s denial of pastoral touch and prayer requests as he died from a lethal injection. Ramirez was executed in 2004 for a stabbing outside a convenience store.