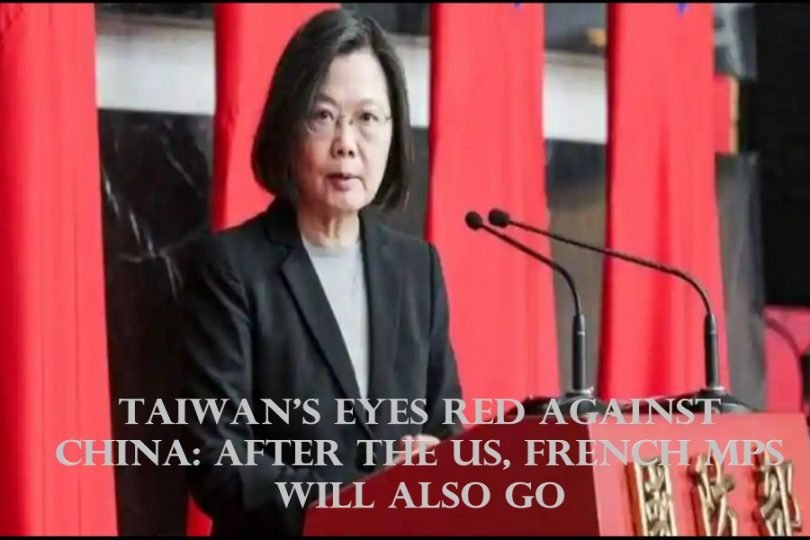 Tension between Taiwan and China continues to rise. Amidst all this, a delegation of French parliamentarians is about to visit Taipei. The Ministry of Foreign Affairs of Taiwan has informed that after the American officials, France has also decided to visit Taiwan. He has welcomed this move. Let us tell you that earlier American Senator Nancy Pelosi visited Taipei. China’s stomach swelled with his visit. This time the European country France’s visit to Taiwan may provoke China. However, Taipei has said Taiwan is willing to strengthen ties with like-minded democracies despite rising tensions with China.

Along with China, which claims Taiwan as part of its land, now Taiwan is also coming forward. Recently, Taiwan claimed to have shot down a Chinese drone. Claimed that a Chinese drone had entered its territory. So he shot down the drone in retaliation. Thus Taiwan signaled to the dragon that it would not be silent if it spoke of self-defense.

A delegation of 5 French parliamentarians will arrive in Taiwan

A delegation of 5 French MPs will visit Taiwan this weekend. Taiwan said on Tuesday that the delegation would arrive on Wednesday evening and stay until Monday. It said it would meet Vice President William Lai instead of President Tsai Ing-wen.

Taiwan’s Foreign Ministry said the cross-party delegation would be led by Senator Cyril Pellevate. Taiwan is said to be keen to strengthen ties with like-minded democracies despite rising tensions with China. German, British and Canadian legislators are expected to arrive later this year.

It is worth noting that US Senator Nancy Pelosi visited Taiwan earlier. His visit angered China and challenged the US. China has shown its dangerous intentions by flying its warplanes over the Taiwan border. However, Taiwan did not relax at all on this move of China and China came on the back foot. However, the land dispute between the two countries still continues. Several delegations arrived in Taiwan after Nancy. It included members of parliament and the governor of the state of Arizona.